On this year's Expired Film Day, as well as making a short film on expired film, I also had the  intention of documenting the process in photographs shot on expired film. Given how intensive the whole process was - shooting the film (of which I shot two takes of the film), processing, scanning and so on - the idea of shooting stills of the making of the film remained just that, an idea. However, I did shoot one length of the same Orwo UP15 film from March 1978 in the Rollei 16 while the film was drying, outside, as it was getting dark between the snow showers on that day. As I was rating the film at an exposure index of 12, the lowest ASA setting on the Rollei 16, this was hardly ideal for the lighting conditions, and green light of the camera's meter hovered between on and off, meaning that most of the shots were taken at 1/30th at f2.8, so are not as sharp as they might have been with a faster film.

As the film is perforated for double-8 cine cameras, it does work in the Rollei 16 - which needs perforations to advance the film - and the double-8 perforations are the same size as 16mm, with twice as many standard 16mm perforations, but of course, with perforations on both sides of the film, these show up along the bottom edge of the frame.  I didn't get a single frame with the word 'ORWO' written neatly between these perforations, but there was one with the UP15 - backwards too, as seems standard for edge markings on motion picture film, unlike film intended for still photographs. 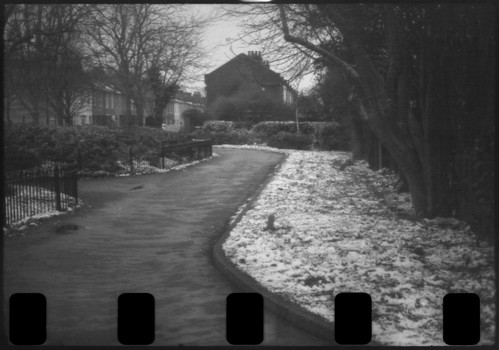 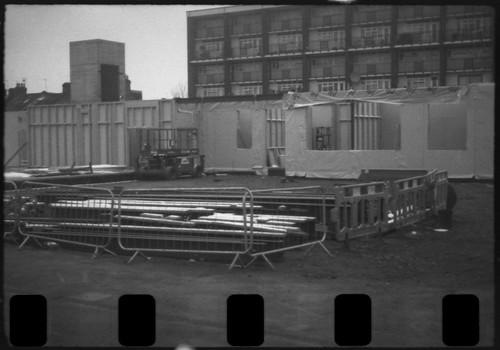 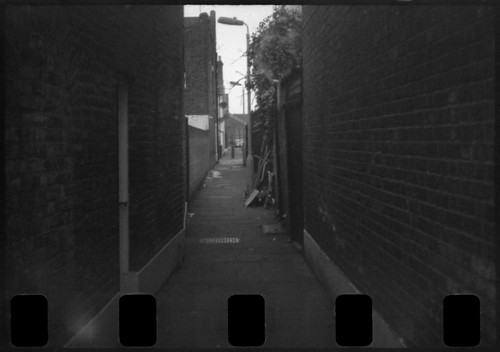 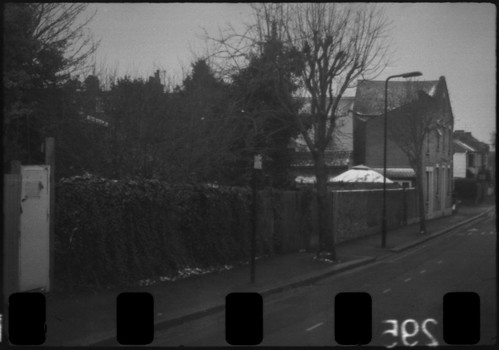 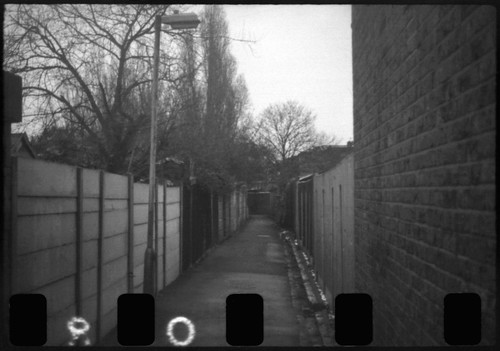 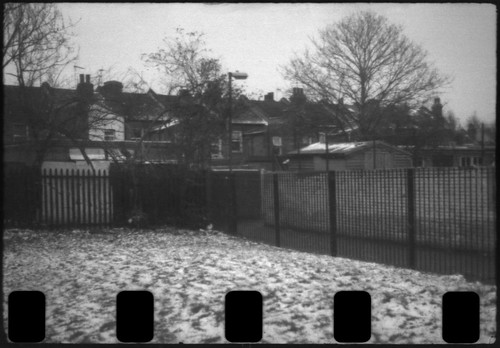 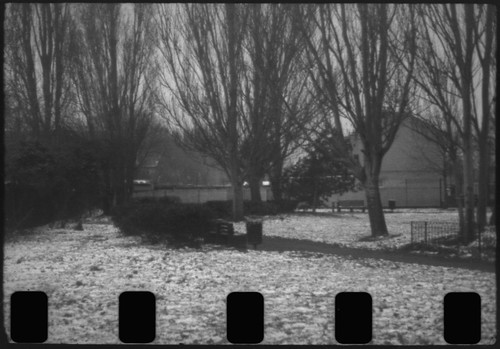 Posted by Nicholas Middleton at 08:19