Following February's Take Your Box Camera To Work Day, last weekend was Take Your Box Camera To Play Day. For this - perhaps a little more unusual than my other box cameras - I used a Thornton-Pickard Stereo Puck, a wooden-bodied stereo box camera from the early 1930s, which takes 120 film, and shoots eight 6x4.5cm stereo pairs on a roll. 'Work' and 'play' were slippery terms in regards to the day itself, as I was at the exhibition at Sluice HQ for much of the day, and took some shots there, and then afterwards.

This was the first roll of film shot with the Stereo Puck, and it showed up some issues with focus, possibly due to film flatness, and some deep scratches through the film. My version of the camera has a close-up filter, which I used in taking the shot with the blossom below, of which the focus appears best; without the close up filter, the lenses do not appear to resolve an image at infinity, possibly fixed at an intermediate distance. The two frames do not quite align vertically, something I've corrected in making the anaglyph images, five from the roll of film I considered worth posting; the stereo pairs are also posted on my Flickr stream. 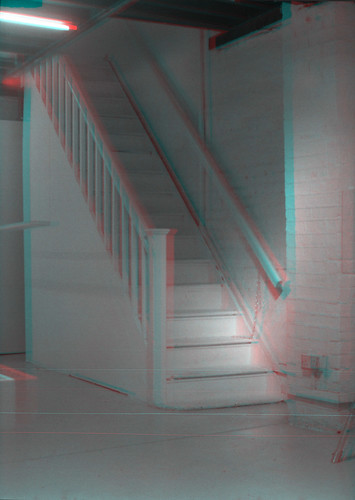 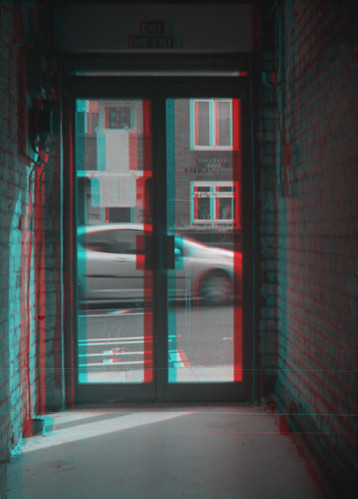 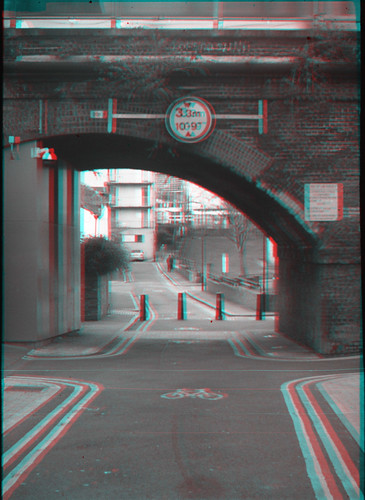 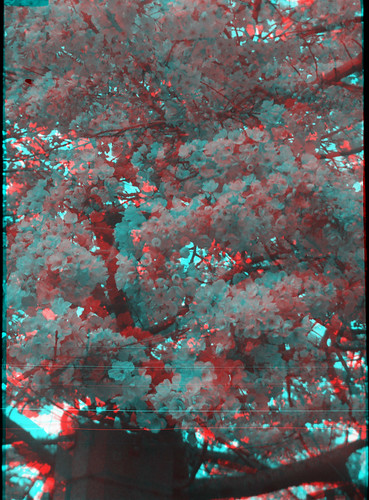 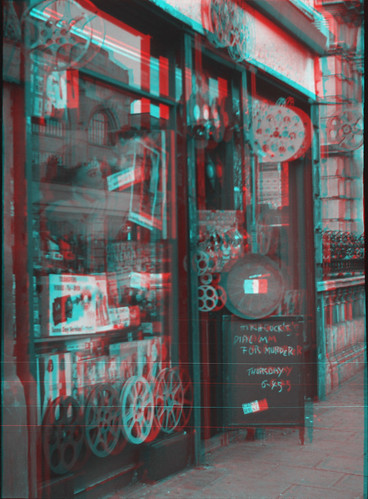 Posted by Nicholas Middleton at 09:56 No comments:

After using the Butcher's Cameo for January's #FP4Party, the Ensign Folding Klito for February, with March being the third and final #FP4Party of 2019, the logical choice had to be the Midg falling plate camera, the last of my three quarterplate-format (8.2x10.8cm) cameras, in order to use the same stock of Ilford FP4 film, of which I had two boxes of 50 sheets with a handwritten date of 16/11/78. I used the same rationale in shooting just two sheets of film each day for the shoot week. As with the previous two months, I rated the film at an exposure index of 50 to compensate for the loss of sensitivity with age, and, again like the last two months, a some of the shots were long exposures on a tripod (or, in one case, simply the floor), and some hand-held. The Midg has a relatively slow f8 Primus Rapid Symmetrical lens, and although its shutter should be adjustable, my camera only appears to fire at one speed on the instant setting, at possibly around 1/100th, making it only suitable to use hand-held in bright weather. 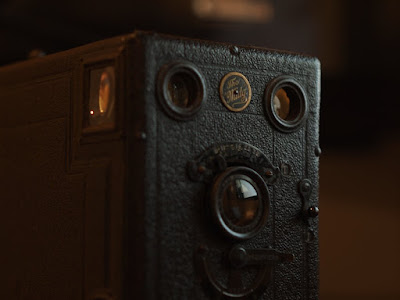 Of all the cameras I've used in the past three months, the Midg has been most troublesome. In my post about the camera itself, I quoted a letter from Miniature Camera Magazine referencing that falling plate cameras would 'jamb' at the critical moment, and I did experience this more than once during the week. On the first day of the shoot week, I did attempt to expose three sheets of film, but the second plateholder jammed, giving a double exposure. One of Tuesday's shots was out of focus due to forgetting to correctly select one of the close-up filters before exposure. Wednesday's two shots were affected by the first not falling cleanly into the bottom of the camera, hence the ghostly shape at the bottom of the frame, which is from the second exposure; the second shot had a shadow of the first plateholder partly obscuring it. Thursday was the only day of the week that I managed to take two shots without any problems, both sheets exposed hand-held with relatively bright sunlight. Friday's shot was made by placing the camera on its back, which meant a lot of dust falling onto the film inside the camera body; a second shot on Friday did not materialise as the sheet of film somehow slipped from its film sheath and I found it loose, unexposed, inside the camera when unloading. Saturday's second shot was very underexposed due to attempting an interior shot with a window handheld on the 'instant' setting. Sunday provided another double exposure, but ignoring my stricture to shoot just two photographs each day, I used up all four sheets of film still inside the Midg at the end of the week, and got the one good shot posted here.

Posted by Nicholas Middleton at 21:19 No comments:

In the exhibition Undertow, at Sluice HQ, London, opening tonight, 6-9pm, I am showing a piece titled Heatwave, comprising a series of twelve photographs, printed on 8x10 Ilford Multigrade RC paper and Kentmere VC Select. The photographs were shot using a Mamiya-16 Automatic, a Canon Cine Zoom 512 on Orwo UP15 double-8 film and a Canon A-1 on 35mm Rollei ATO 2.1 Supergraphic for the texts. 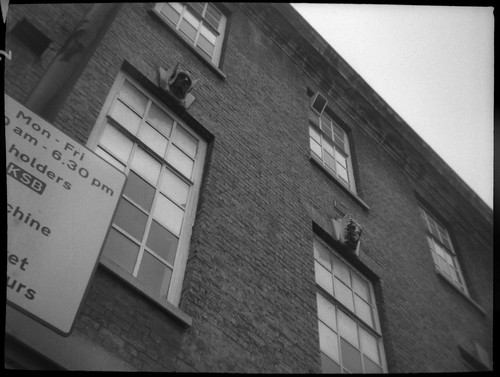 The 28th of February, this year's Take Your Box Camera To Work Day, although warmer than usual, was more typical of the season than the previous couple of days, with record high temperatures for a February in the UK. There was some fleeting sunshine during the afternoon on the day, but it was mostly overcast; I had chosen to use my Baby Box Tengor (both for its compactness and number of shots on a roll) and, appropriate to the lighting conditions, a single roll of cut-down medium format Ilford HP5 Plus, subsequently developed in RO9 One Shot. I had removed the taped-in yellow filter from behind the lens: the film was fast enough for most of the photographs to be shot on the 'instant' setting, including well-lit interiors (just a couple of frames used the 'B' setting for longer exposures). The results demonstrate some problems with light leaks - the back of the camera does not always sit flush, working itself loose on the opposite side of the body from the catch which is supposed to ensure that the camera back is secure. A couple of frames showed up some issues with film flatness too, which may be related to the back not being secure, but the Baby Box Tengor was a good choice, providing generally good results given all its limitations, with the latitude of HP5 Plus making up for the variability in lighting conditions throughout the day. 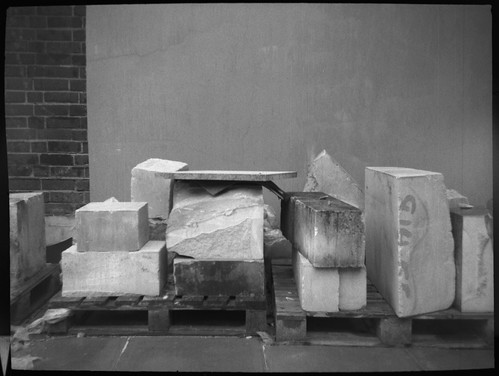 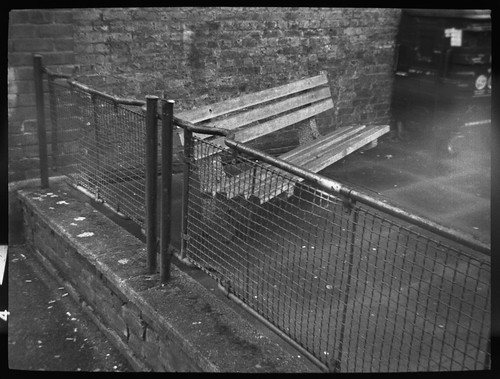 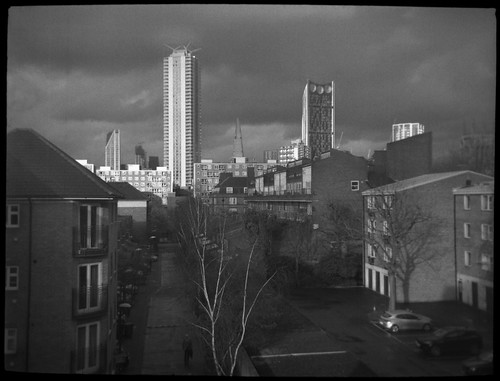 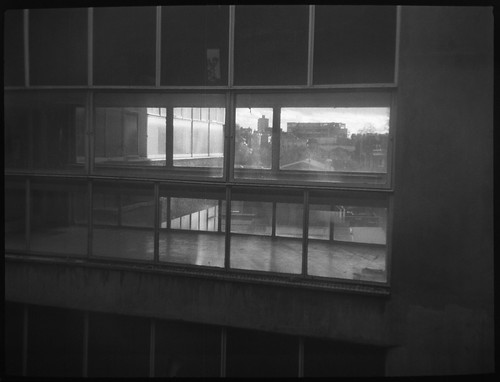 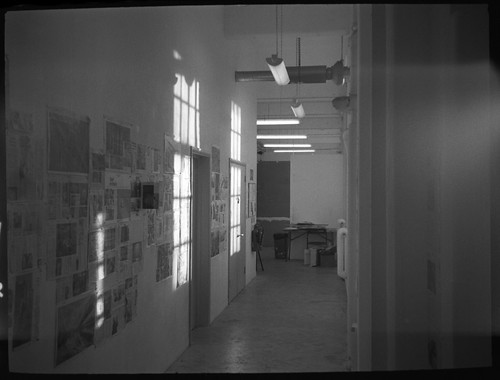 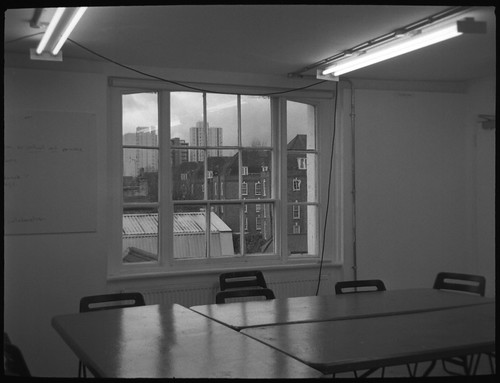 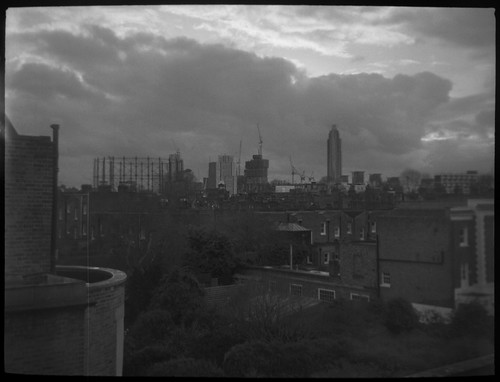 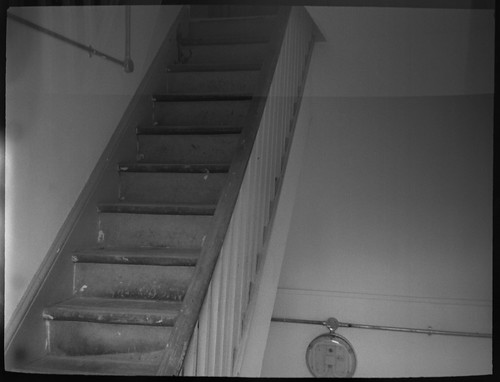 Posted by Nicholas Middleton at 09:46 No comments: 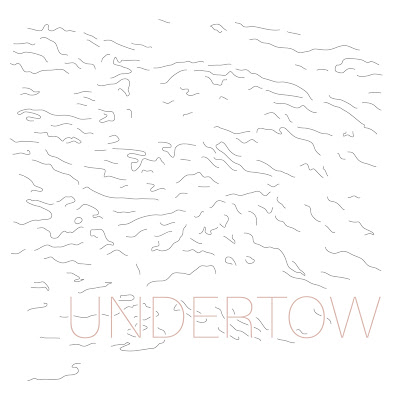 When prevailing discourses tip towards hyperbole, generalisations or simplification, there is a need to swim against the current, to carve out a space that allows for ambiguity, correspondence and a quieter voice. In the employment of few words, a scale of action or use of minimal materials, understatement can be both a way of confronting moments of crisis, or of evading them.

Undertow brings together a group of artists working in dialogue around these concerns. The exhibition at Sluice represents a momentary iteration of the research group’s findings, the public-facing part of an ongoing series of interconnected activities. The group as a structure has developed to create a support network for the artists involved, to initiate conversation, to share knowledge, and to provide context. During the exhibition, the gallery space will be used by the artists as both a forum and as a residency, a means to test ideas and outcomes.

The Undertow research group's remit is open, as is the shape it takes, and the work is rooted in the sensibilities of material and material understanding. What emerges in the work coalesces around language, data, codes, a collapsing of scale, of how a still surface half-reveals, half-conceals subterranean undercurrents.