Using the little-endian calendar in the UK provides two successive obsolete film format days in June: the 11th and 12th for 116 and 126 formats respectively. The regular 127 Days in summer and winter are relatively well established, in part due to 127 film still being available (if only just), whereas shooting film for both 116 and 126 formats does mean either sourcing long discontinued film or taking different strategies for using new film in the cameras.

For Tuesday's 116 Day, I shot a single roll of medium format Ilford XP2 Super, rolled with 116 backing paper, with the Agfa Standard Model 255. I developed this with RO9 rather than C41, and had problems with overexposure (and perhaps overdevelopment), partly due to shooting into the light, late in the afternoon, despite the presence of cloud cover; scanning the negatives and attempting to retain any detail from the sky had the tendency to compress the mid-tones and shadows rather too much. The first image revisited one photograph from 2017's 116 Day, documenting the progression of demolition. Three of the six shots from the roll I felt worth salvaging.

The following day I loaded a single 126 cartridge with Ilford Pan 400, and shot it with the same Kodak Instamatic 277X I'd used last year - and the main reason for using it was for its adjustable aperture: with a 400 speed film, this meant using a relatively small aperture for most shots (the camera's shutter speed is fixed at 1/80th), ensuring that the photographs were relatively sharp. After using the camera last year and having had many frames overlapping, I made sure that the film was fully wound on to the next frame, judging from the numbers on the backing paper, even if this meant taking fewer shots on the roll of film.

Posted by Nicholas Middleton at 17:09 No comments: 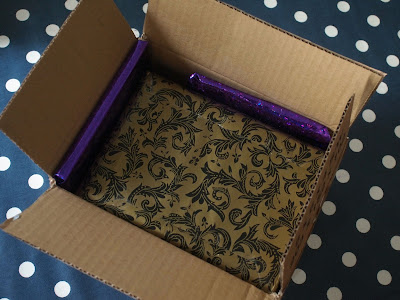 Having written up my experiences of using the Uboot Action Sampler as part of May's #ShittyCameraChallenge, sharing some of the animated GIFs on Twitter of course, I was then rather surprised to learn that I'd been awarded second prize; first prize went to Kevin Spaghetti - @SpaghettiKevin. The second prize had been previously announced as 'a book about poo' donated by @196photo; yesterday I picked up my prize parcel to find that it was indeed that, but much more besides, all beautifully wrapped, two thematically-appropriate books for the challenge, Michael Freeman's The Photographer's Pocket Book, a USB card reader, and, individually wrapped, and eminently useful, a surprise addition of four different rolls of 35mm film, Fomapan 400, Ilford Delta 3200, Fuji Superia 200, and a film I've not shot before, Adox Scala 160. 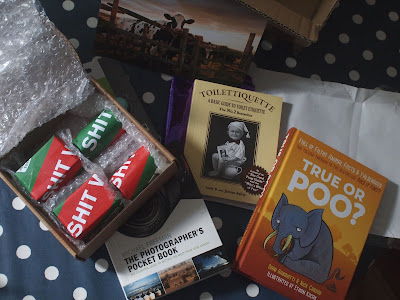 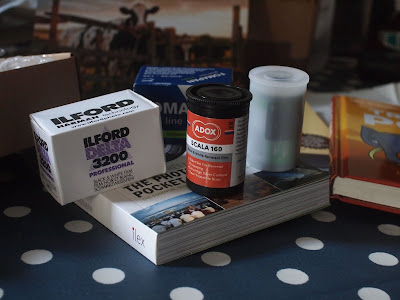 Posted by Nicholas Middleton at 16:00 2 comments: