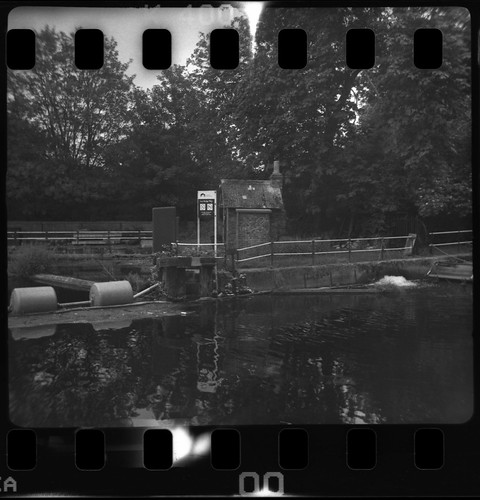 For yesterday's 126 Day, I shot a roll of film with the same camera I had used five years ago for the first '126 Day' I marked then - and one reason for choosing the Instamatic 277X was its adjustable apertures. Five years ago, this was due to using very old transparency film, and wanting to give it as much exposure as possible; for yesterday's film I had essentially the opposite problem. I'd earmarked a cartridge of thirty-year old Kodak Verichrome Pan that I wanted to shoot on the day, and the weather recently has been bright and sunny. However, I was overcast in the morning, so used a 126 cartridge I had reloaded with 35mm Kentmere 400; with a relatively slow shutter speed of 1/80th, having an adjustable aperture guarded against overexposure with a fast film (as did the weather conditions). 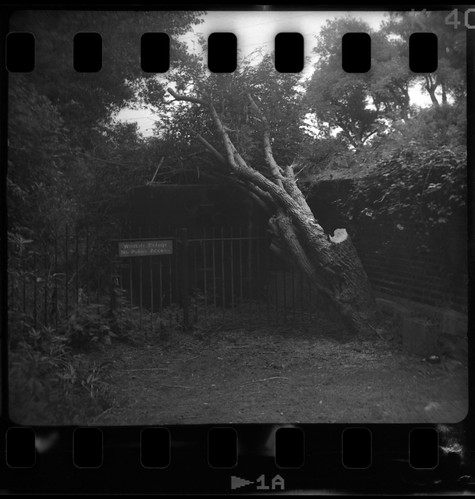 I wasn't able to subsequently shoot the Verichrome Pan on the day; using 35mm film in a 126 cartridge is not without its considerations, which I didn't attend to fully. The camera appeared to be generally advancing the film correctly, going by the numbers on the backing paper, but on development, most, but not all, of the frames had overlapped in pairs with gaps between. I scanned the juxtaposed pairs of overlapping images rather than cropping to each frame. In future, with reloaded 35mm, it would be safer to shoot one blank frame after each photograph to ensure that each frame doesn't overlap with the next. 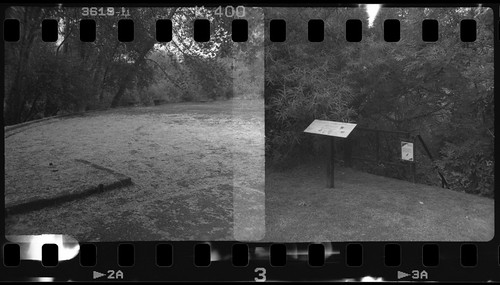 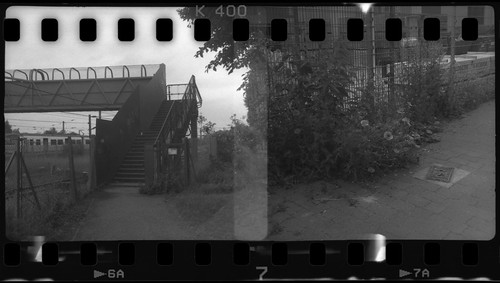 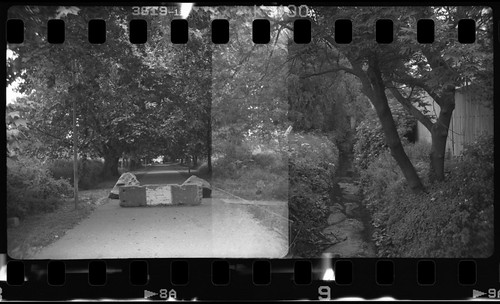 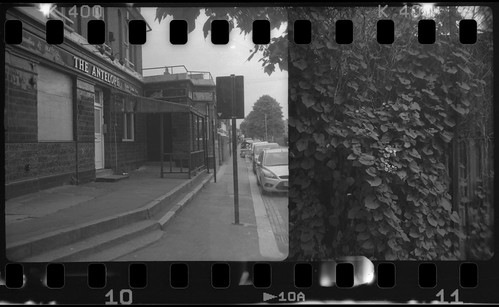 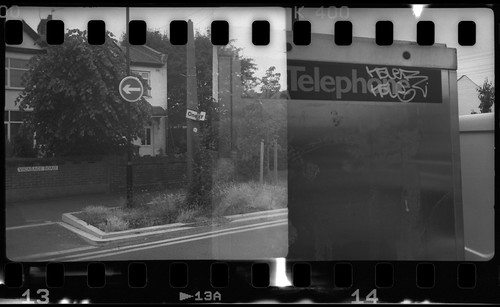 Posted by Nicholas Middleton at 20:07