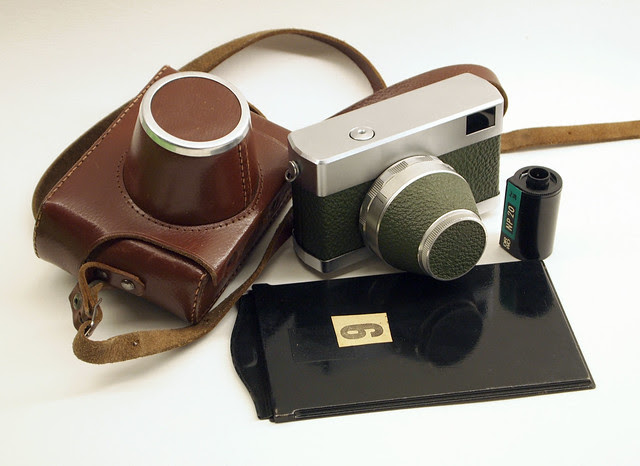 From the Mauerpark flea market: Werra 35mm camera with ever-ready case containing part used Orwo NP20 film, €30.
From stalls opposite the Bode Museum: unbranded 9x12cm metal plate holder with film sheath, €5.
The Mauerpark Flohmarkt had a great number of German and specifically old East German cameras. The Werra has a f3.5 Novonar lens. The same stall also had a Werra with a f2.8 Tessar lens, but in much worse condition; the Werra with the Novonar lens appeared to be barely used and I haggled down from €40.
I also found a couple of 9x12 plate holders on a stall opposite the Bode Museum, one was in far better condition than the other, with a film sheath inside; for €5 it was worth adding to my stock of plate holders.
Posted by Nicholas Middleton at 22:07 No comments: