127 Day is one of the film-themed calendar days which I endeavour to observe, especially in its July iteration. This year I had two rolls of Ilford Selochrome 127 film, both dated September 1970, and I chose to use the Vest Pocket Kodak Autographic camera, having not used this for a few years (had I thought about it, perhaps I should have used it last year, to mark a hundred years since my particular model had been made). I'd previously realised that the camera didn't quite focus on infinity (the camera itself is fixed-focus, but the lens seemed to be set much closer than infinity), and prior to using it last Monday, I had thought to attempt to work out how far from the film plane the lens should be positioned to achieve infinity focus. As the lens is erected on scissor struts, it might be possible to not fully pull out the lens and achieve this. I roughly calculated this to be around 4-5mm. I cut a piece of card to the length of the distance between the camera body and the front standard, so that, in theory, I could pull the lens board out from the body, then push it back in to the piece of card as a guide.

In practice, this wasn't so easy. It was difficult to push the lens board back in toward the body equally on both sides and keep it parallel to the film plane; it also had a tendency to work itself back towards being closer to fully pulled out, due, I imagine, to the spring of the struts. Nevertheless, I persevered with this approach. The Ilford Selochrome film was originally rated 160 ASA; I generally shot it at 1/25th 'wide' open at f11, or used it for longer exposures stopped down to f22 balancing on walls or railings where I could. Conditions on Monday were heavily overcast, not ideal for using such an old film in a camera with a slow lens. The weather had been a little brighter earlier in the day, but by the time I left the house a mass of dark clouds was looming, and this was the weather front that caused flash flooding later that day in London, the same weather system which caused catastrophic floods in Europe a few days later.

I shot both rolls and semi-stand developed these in Ars Imago #9 for an hour at a dilution of 1+100. When I took the films out of the wash, it was immediately evident that on top of the focus issues, the negatives clearly showed that the bellows had light leaks. When I first used the Vest Pocket Kodak I had more or less repaired these with applications of acrylic ink to the rather worn corners of the bellows. Although I'd hardly used the camera since then, clearly this hadn't been a permanent fix and had deteriorated over the years. The length of time the bellows were extended was the main factor as to how intrusive these light leaks were, the image below being the worst; obviously, the time taken with fiddling around with the distance of the extension of the struts to try to get the lens in focus meant that this longer than using the camera 'normally'. Only a couple of frames seemed to largely escape the light leaks. Some frames also had a few losses of emulsion (seen in the image above), not entirely surprising given the age of the film, and the negatives had a pronounced curl, making scanning less easy than it might be, as well as an added difficulty in loading the tank for developing.
Once scanned, it was clear that my attempts correct the focus with the Vest Pocket Kodak had not been that successful. In the image below, a stray tip of grass at the bottom of the frame is the only part of the image in focus. I think this was where the lens board had worked itself back towards being more or less fully extended; I probably would not have been able to get this result if I'd tried, and despite the light leaks in the frame, the result wasn't entirely unsatisfactory.

Overall, the best frames were those where I stopped the lens down, and used the B or T settings, placing the camera on a wall or railing for exposures ranging from 1 second to something like 12 seconds for the image at the top of the post, probably the best from the two rolls of film, which has just a hint of shake given how difficult it was to keep the camera completely still. Using the Vest Pocket Kodak meant that I got eight frames on a roll, and I did try two or three frames for a couple of the subjects, given all the problems with the camera. In retrospect, perhaps I should have used the films in a different 127 camera, such as the Baby Ikonta, which would have given me twice as many shots; the film itself was an unknown quantity, I had no idea how this had been stored in the decades since it had been manufactured, but the near-pristine condition of the boxes was a hint that the Selochrome might still give good results, as it did, despite all the problems with the Vest Pocket Kodak. 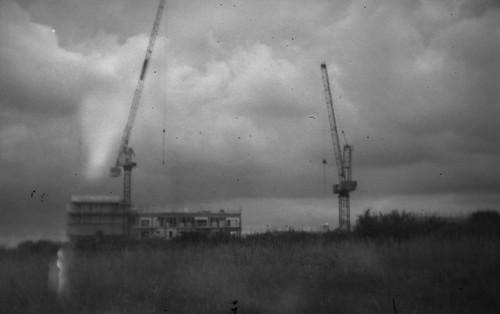 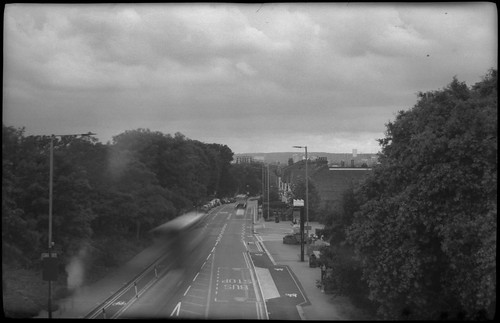 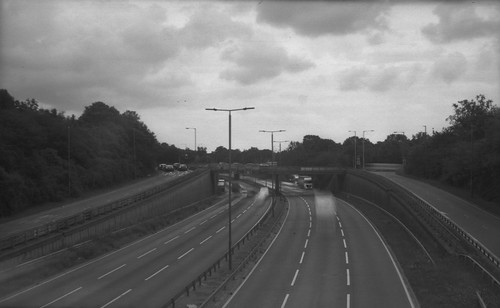 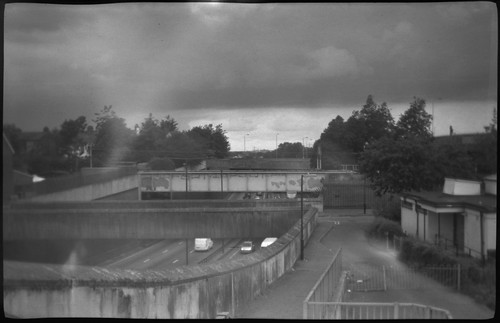 Posted by Nicholas Middleton at 20:37