A job lot of films and plates 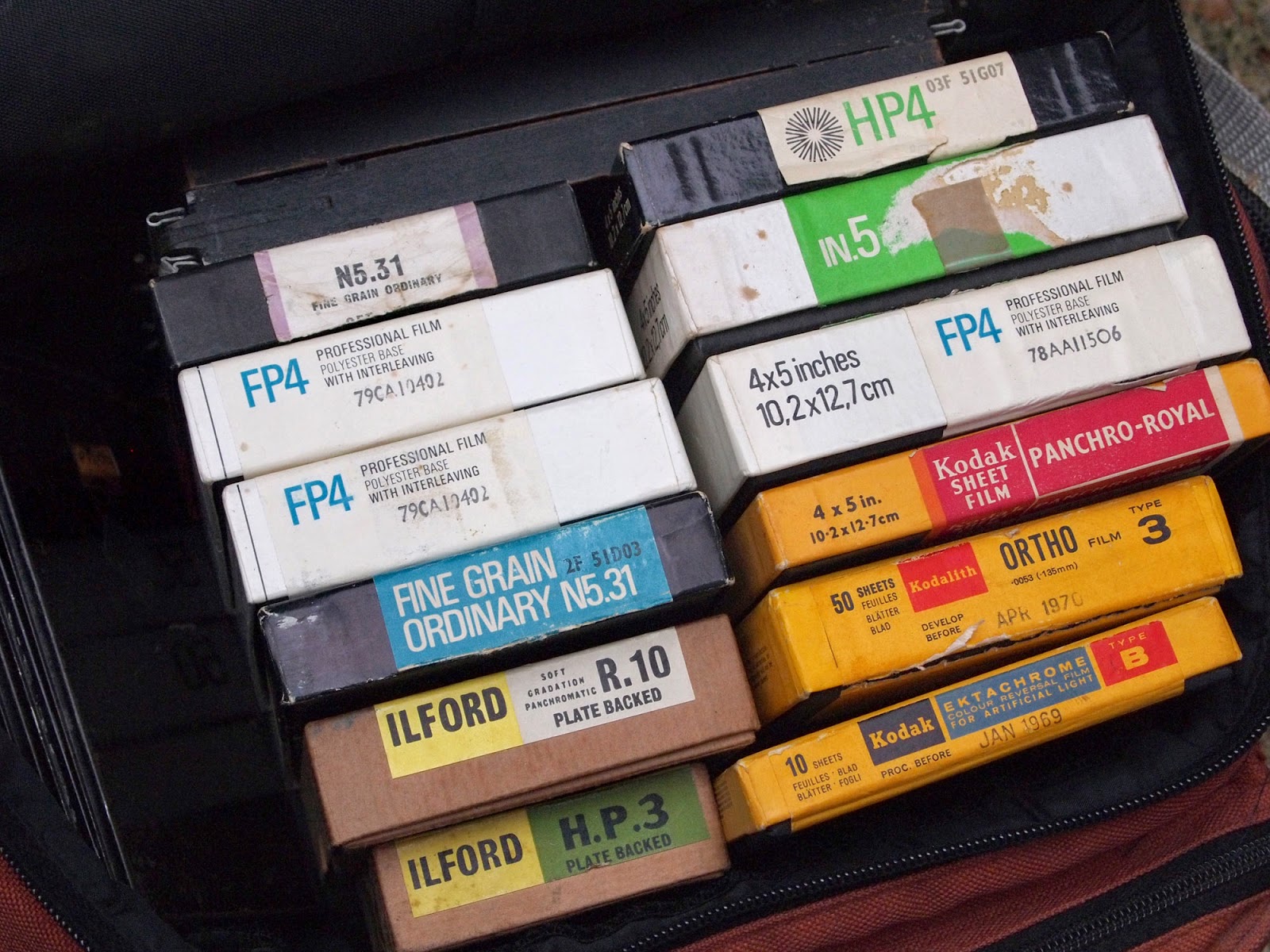 Although I haven't written about my glass plate project recently, other than advertising the talk I am giving next week, I've shot a few plates over the past few weeks, and I have been continuing to look out for boxes of unexposed plates to use. One successful online bid for a collection of plates and paper was remarkable enough for me to write a post last year about it. From that particular box, I've used most of the HP3 plates, in adaptors, notably the 6x10.8cm plates, and some of the Kodak ones, although the Kodak plates were far more deteriorated with age. Since then I've found a few boxes, but yesterday I picked up a job lot of mostly sheet film from the 1960s-70s, with a couple of boxes of plates too. It was an online auction that went for its starting price of £4.99, probably in part to being 'collection only'. Even factoring in the cost of the trip to the coast to pick the lot up, I probably would have paid that just for the two 5x4 inch plateholders on their own. The three unopened boxes of FP4 (150 sheets in total) are promising; although I won't know the condition of the film until tested, I have used several rolls of Ilford FP4 from the 1970s for a couple of the 127 Days with good results.

The contents in full:

Posted by Nicholas Middleton at 20:23