A few months ago, I was given a roll of Ilford FP4 with a 'process before' date of Jan 91; this roll predates the introduction of the 'Plus' version of FP4 from 1990. The film itself was probably made in 1988-89, given 24 months or so between manufacture and 'expiry'. Looking for a reason to use the film, the announcement of the return of the #FP4Party for December provided the excuse if one was needed; last year, this was held three months in a row, although I only shot the old version of FP4 on one of the designated months in sheet film from the 1970s with the Butcher's Cameo.

Inside the box, the plastic tub that the film was in has a blue top: Ilford films used to have colour co-ordinated tops (I mostly remember the red XP2 tops from the late 1990s to early 2000s, as this was the film I probably would have shot most). The metal film canister itself has easy-to-remove lid (making it easier to re-use), and the developing information is printed on a separate leaflet rather than inside the box.

I chose the Belomo Agat 18K; as a half-frame camera, I could get twice the number of shots (72) with it. This gave me the idea to shoot the film throughout the week - ten shots a day - like a diary of sorts (the idea of a half-frame diary dates back to when I was a student, learning about the 35mm half-frame format from a photography tutor, Mick Williamson who used an Olympus Pen for his photo-diary; later, I found an Olympus Pen EE3 and used this for a number of years, with a similar idea, although without any strict rigour). To compensate for age, I exposed the roll at EI 64, and also developed it as if rated 200, giving it an effective 2/3-stop push. Development was with RO9 One Shot, diluted 1+50 for 20 minutes at 20ºC. The results appear to show I was a little optimistic about how well this particular roll had lasted - the negatives were mostly very thin and grainy - and would no doubt have been better exposed at 25 (there were also a number of horizontal marks, as seen in the second image below, where the emulsion seemed to have failed to react to the exposure, showing up every few frames, but fading away after the first dozen or so). During 'shoot week', a combination of short daylight hours and very overcast weather conditions proved challenging when shooting the film with available light when rated 64, and many of the photographs were taken with the lens wide open at f2.8, and show up my guess focussing to be not always as accurate as I might have liked. I did attempt to use flash for a few shots - such as the last frame on Tuesday below, but the camera did not consistently trip the flash, leading to a number of blank frames. Towards the end of the week, there was some sunnier weather, then, almost unexpectedly, the final day of shoot week coincided with the first decent snowfall in southern England for a few years, which providing a more interesting end to the project. 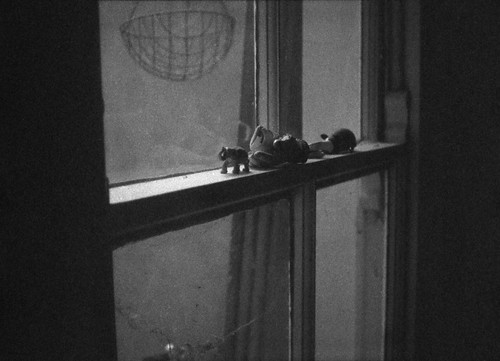 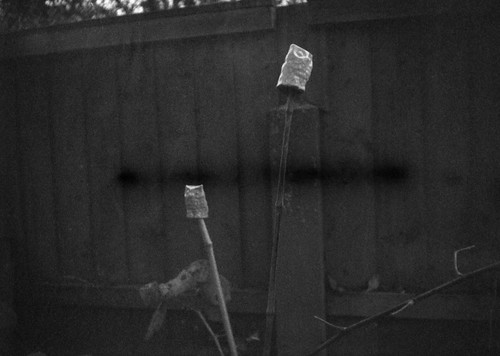 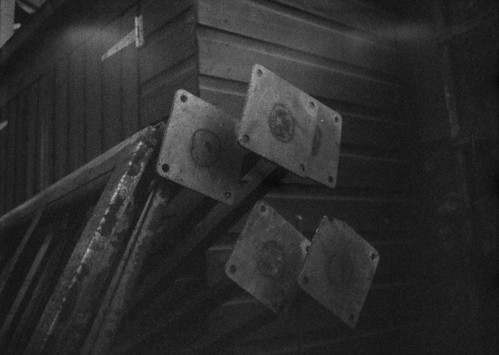 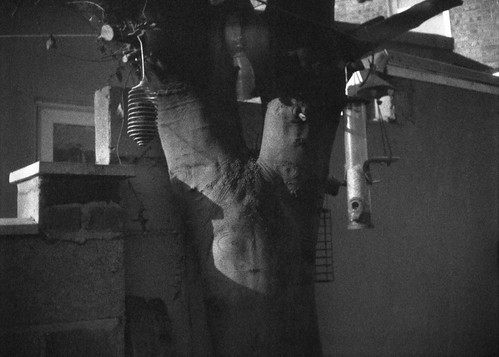 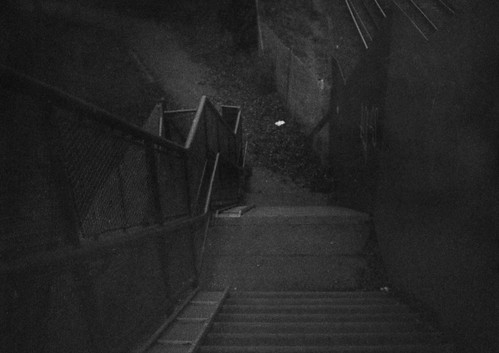 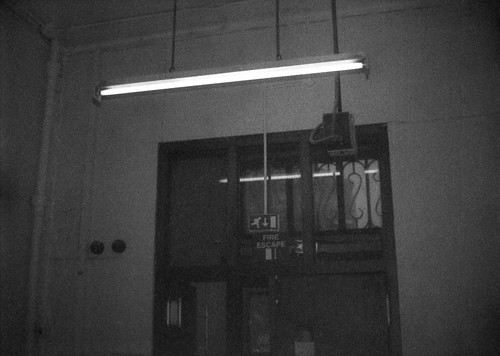 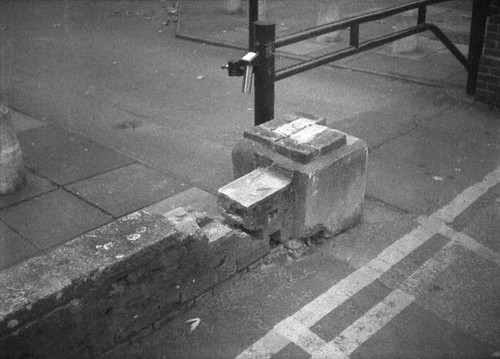 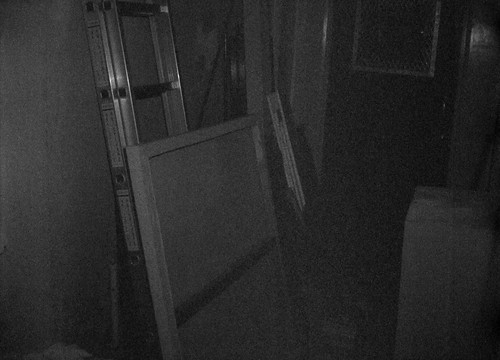 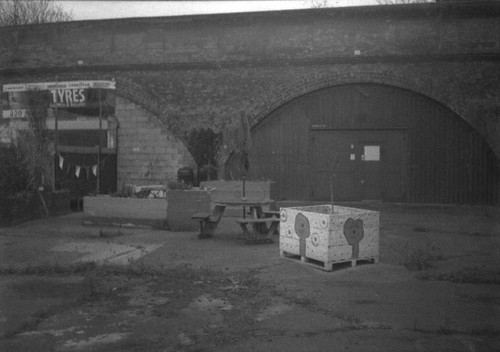 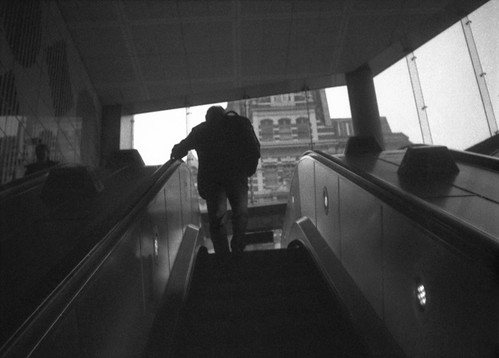 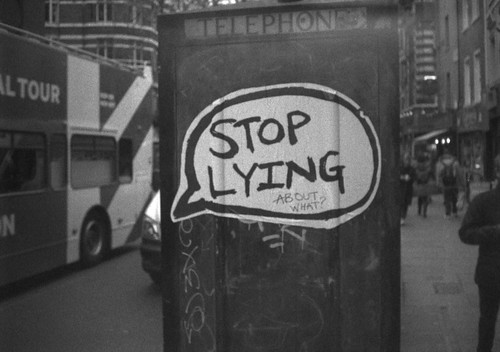 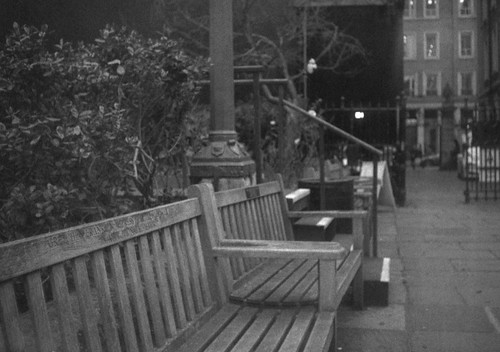 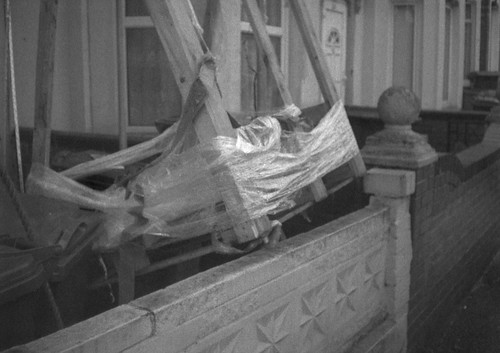 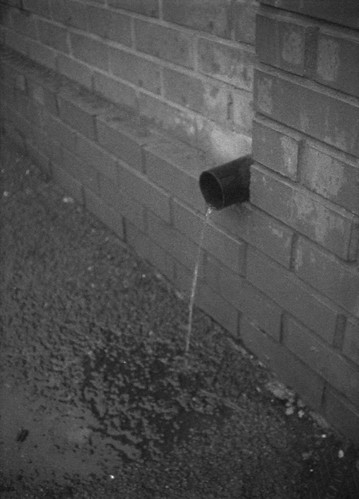 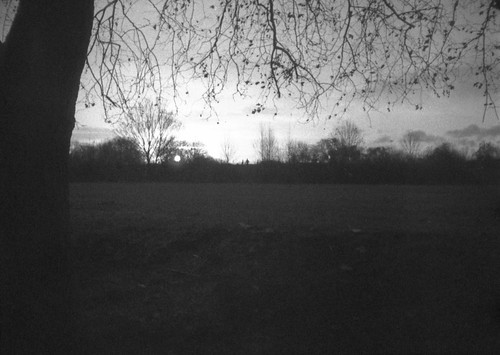 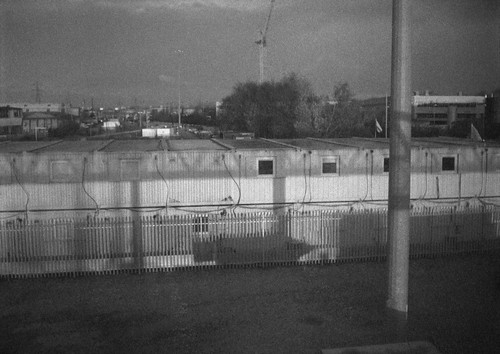 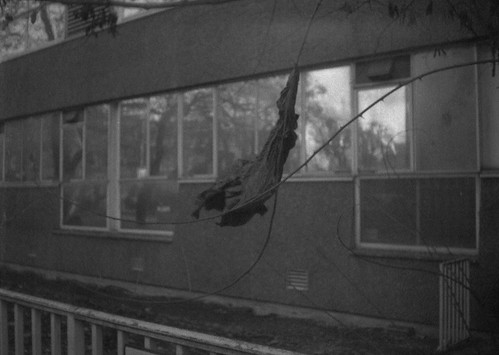 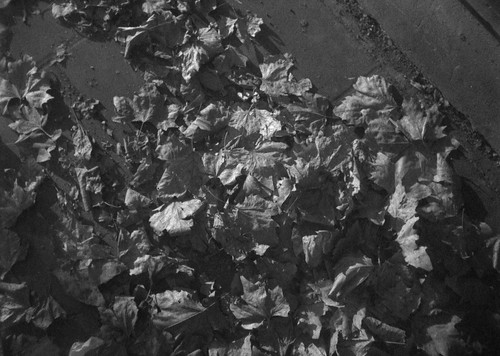 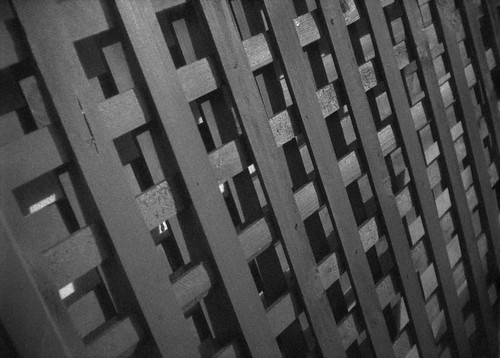 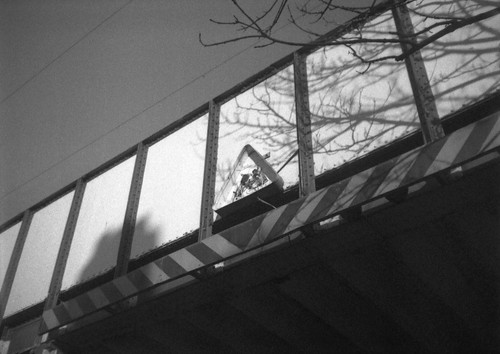 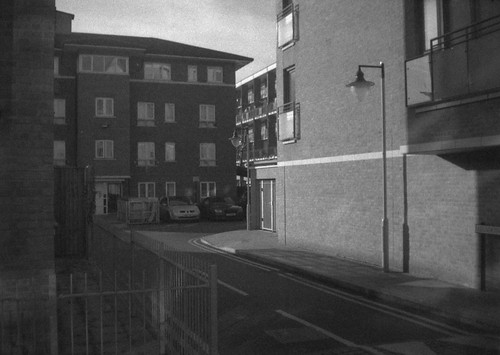 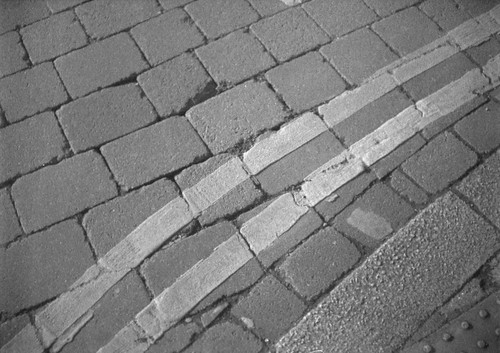 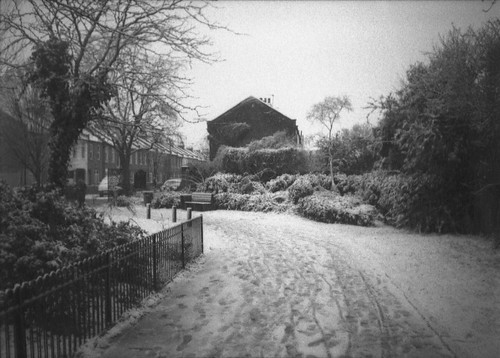 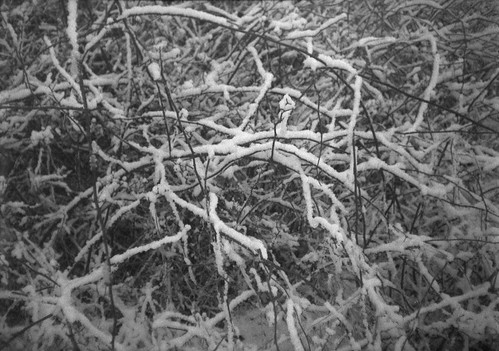 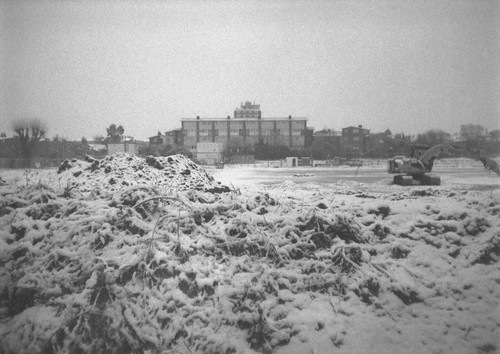 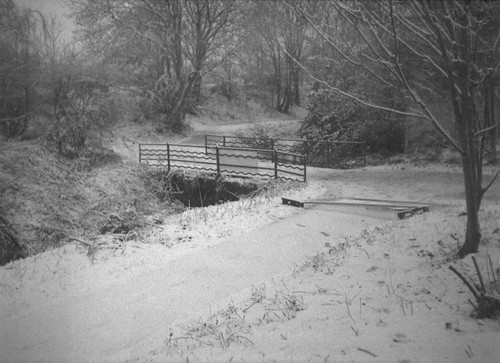 In addition to the roll of 35mm FP4, the shoot week happened to with the December 127 Day on the 7th; having cut down some FP4 Plus to use with my Baby Ikonta, I had a number of 'short ends' of film cut down to 127 width - as the length of 120 film is longer than 127, cutting down a roll of medium format film, one ends up with a short length of film leftover. This was enough for up to six shots in 3x4 negative size. I used a few of these short rolls of FP4 Plus on the final day of the shoot week.

Finally, on the last day of shoot week, I also shot a roll of 16mm film with the Mamiya 16 Automatic, an off-cut from cutting down the width of FP4 from medium format - the first image below I scanned as a diptych to include the film name in the rebate.

Posted by Nicholas Middleton at 11:21