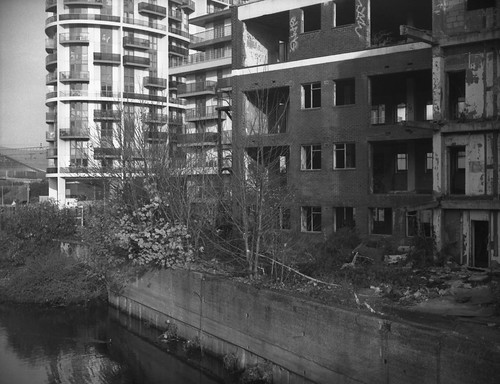 Two weeks ago, for December's 127 Day, I shot three rolls of Ilford FP4 Plus cut down to the 127 format, using my Baby Ikonta. I chose FP4 Plus to coincide with the 'shoot week' of December's #FP4 Party. Taking the same route as three (and four) years ago, I cycled around the boundaries of the London 2012 Olympic Park, shooting some of the same views. I developed all three films with RO9 One Shot at 1+50; the results, although generally good, demonstrate some of the limitations of the camera's Novar lens, notably in the vignetting seen across all the photographs. 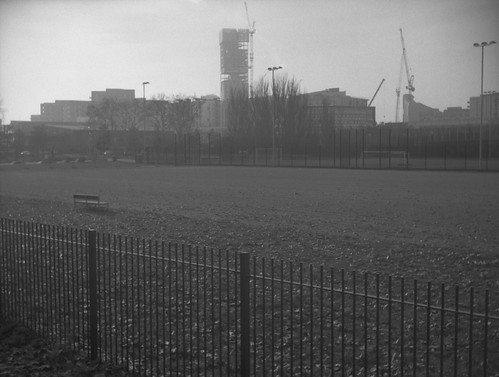 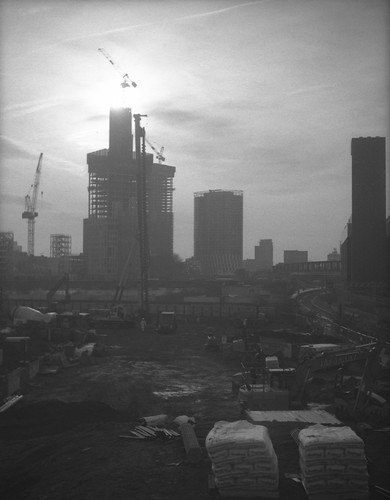 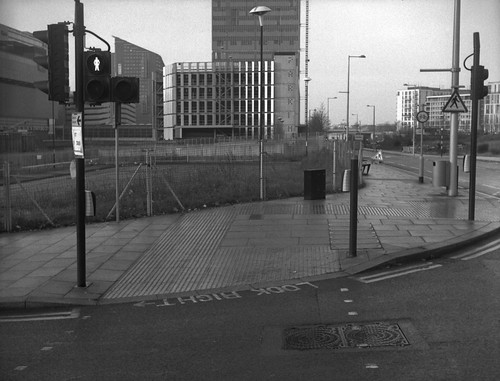 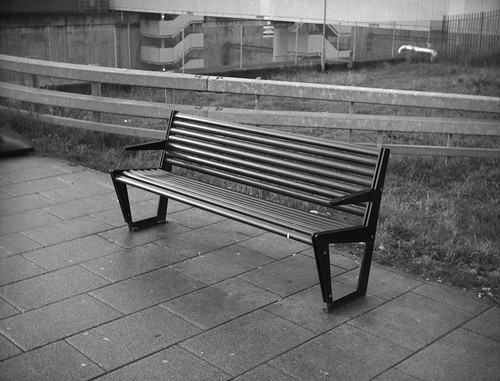 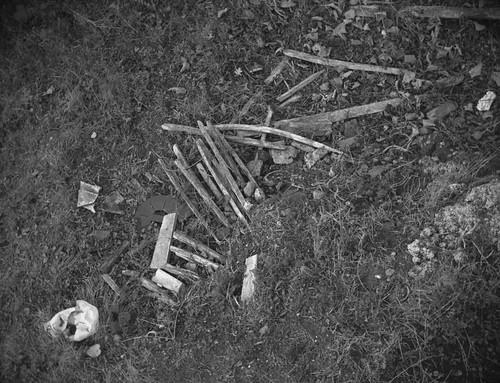 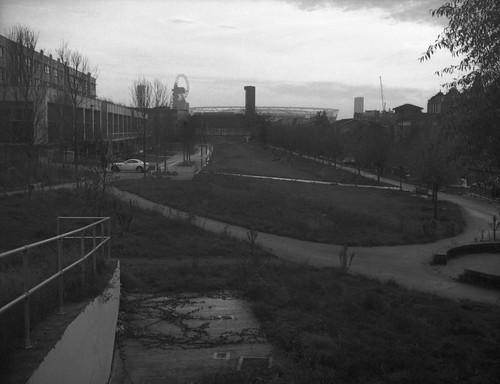 Posted by Nicholas Middleton at 20:17