Silberra S25 is limited edition black & white photographic film. Extra fine grain, moderate contrast and high resolution of the image are the main typical qualities of S25 film. Initial batch of S25 consists of 400 rolls and, possibly, the overall quantity of the batch will be extended up to 800 rolls.

Silberra S25 has high sensibilization level which makes it possible to use S25 for IR-photography with corresponding IR-filter (we recommend to use filters at wavelength shorter than 725nm for optimal result).

I have previously posted a couple of 'single roll' reviews of film stocks, which came from being gifted some films I might not ordinarily have used, or might not use again, and although I prefer to work with an emulsion for a few rolls at least, to get a feel for how it might respond in different exposure situations and approaches to development, this single roll review came about through realising I might not use another roll of Silberra S25 black and white film. As the description above (from Silberra's website) states, at the lower limit, there may have only been 400 rolls of film made, or 800 in total if production was 'extended'. I wasn't aware of this at the time, if so I might have picked up more than one roll. I believe I picked it up from the Photographer's Gallery shop, before the current pandemic, with the intention of using it to photograph some text, thinking that its 25 ISO speed would mean that the grain would be fine enough for the purpose I had in mind; I didn't use it for that, but took it with me to Dresden in the Spring, and shot it with the Kiev-4 over a couple of days.
Understandably, there's not much on line about Silberra S25, and with just the one roll, I simply rated it at 25 ISO, and didn't really think that much about how I was to use the film. The film cassette is a plastic reusable one, but it is DX coded, and also has check-boxes for exposure at 12, 25, and 50 ISO, indicating that it does have sufficient latitude for this to be worth the manufacturers including on the label. Silberra's webpage has a small development chart, presumably all times listed are for box speed, although this isn't stated. I used Adox Rodinal, and the time/dilution given (at 20ºC) is for 6 minutes at 1+100. This seems a high dilution for 'standard' development, but, again thanks to having just a single roll, I used the published time and dilution. (There is also R09 listed for 30 seconds less than Rodinal, where one might have expected this to be the same: I have used both Foma's version of R09 and Compard's R09, and treated these both as any named version of Rodinal).
When developed, the negatives looked relatively high in contrast, with a clear base and no edge markings whatsoever. The film dried very flat and appeared to show a small amount of 'light-piping': the film base appears to be polyester and not tri-acetate (it doesn't tear and needs cutting). Ideally, I would have made prints in the darkroom from the negatives, but the results on this post are all from scans from a desktop scanner. The scans have almost no discernible grain, and no doubt show up the limitations of the desktop scanner rather than the ultimate resolution of the film itself. I'd shot the film outside, half in bright sunny weather one afternoon, ideal for it relatively slow speed of 25, with the other half shot early on a sunny morning, which was more challenging in terms of exposure, thanks to the low angle of the sunlight creating a very wide range of contrast between brightly lit surfaces and deep shadow with little in-fill from reflected light. Some of these latter frames (as below) struggled to record shadow detail without losing detail in the highlights, which didn't quite match the assertion that "due to its great photographic latitude S25 film shall perform nicely at bright scenes also preserving impressive level of detalisation[sic] through shadows without significant loss in highlights".
It would have been instructive to see how scenes lit with well-diffused light, such as on an overcast day, might have been recorded, but almost every single frame I shot with the film was sunlight and shadows. The nearest equivalent was one photograph of a sign in a gallery window, below, illuminated by light reflecting off the pavement and surrounding buildings, almost certainly the one negative with the narrowest exposure range (this, incidentally, showed that my original intention for the film–photographing text–would have been an entirely appropriate use).
Not having an IR filter I was unable to verify the film's 'high sensibilization level': given the suggestion for the use of an infra-red filter, this must mean extended red sensitivity. For some frames I might have used a light yellow filter, regardless, the tonality of the sky in some frames possibly indicates a more balanced spectral sensitivity than standard panchromatic film. My general impressions are that Silberra S25 has the feel of some kind of technical film–for me, how it handled and how it responded to exposure was very reminiscent Kodak Technical Pan–with both the positives and drawbacks of that discontinued emulsion. Given the very limited production run, it would be interesting, if it was possible to quantify, how many rolls of Silberra S25 are still out there, yet to be exposed: it's still listed on the Photographer's Gallery shop online, but sold out. 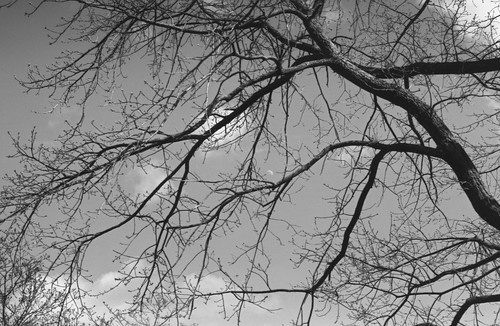 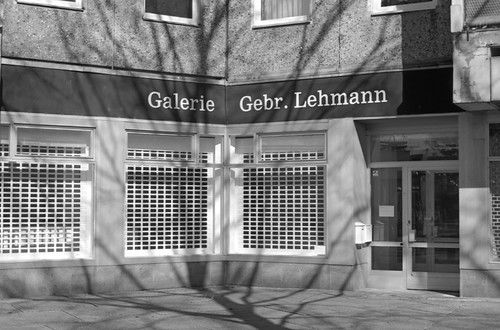 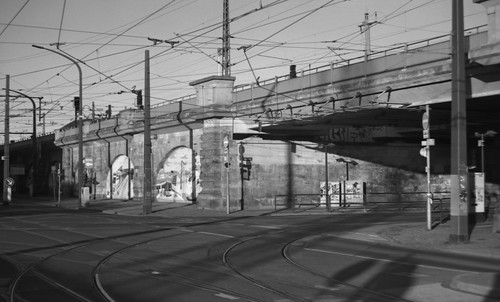 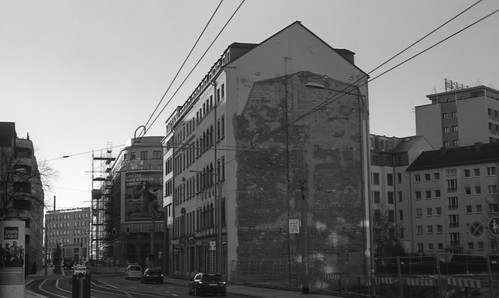 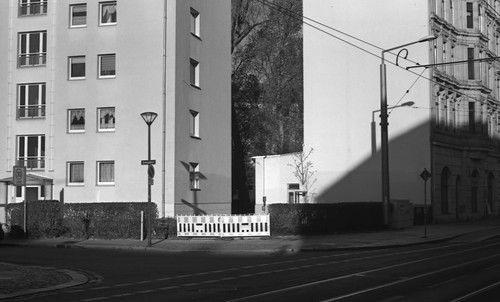